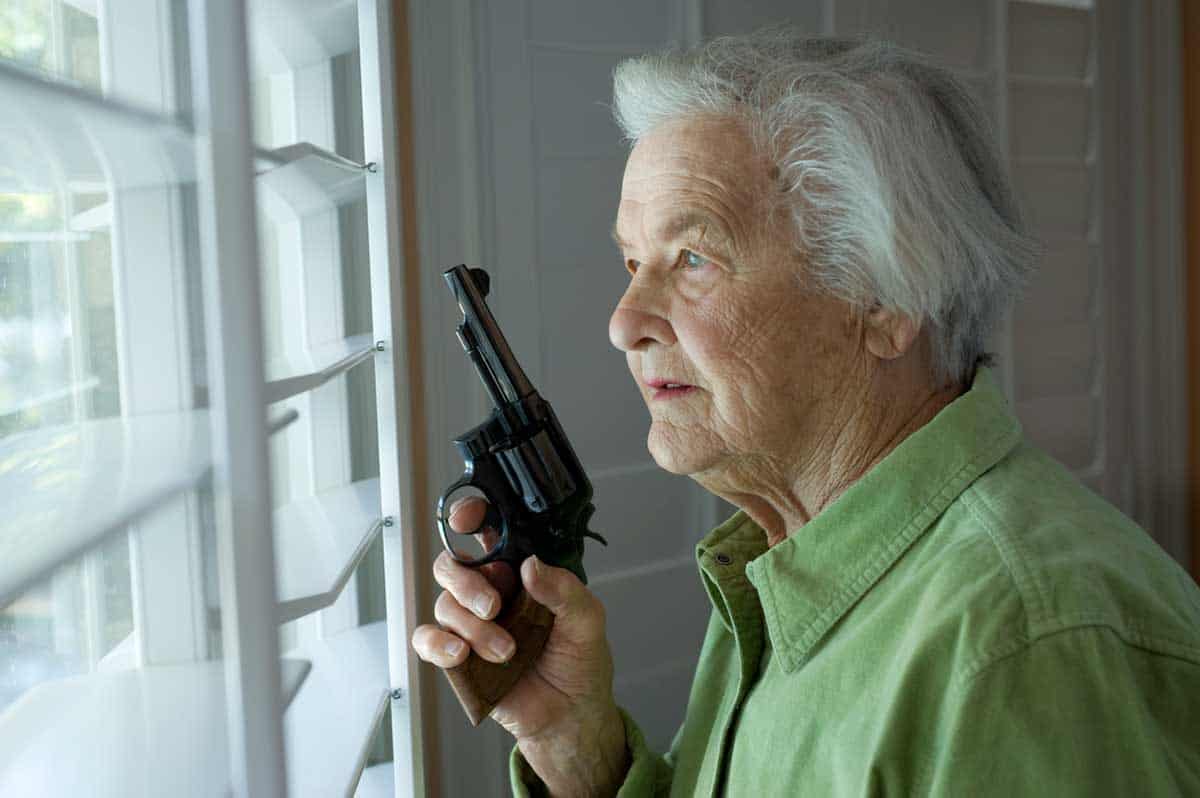 Last week a caregiver was helping a client organize a kitchen cupboard. On a higher shelf, she found a .22 caliber hand gun, with a box of bullets next to it. The client had forgotten about the gun, which may have been there for years.

Previously, storing a gun on a shelf, out of the reach of children, would be meeting the legal standard of “securing the firearm”. But as of this past July, the client was unknowingly violating local laws.

This summer, the San Diego City Council voted on an ordinance that specifically requires guns to be stored in a locked container/lock box or fitted with an approved trigger lock when not in use. The Los Angeles City Council crafted a similar law. The California Department of Justice recommends using both a trigger lock and lock box and storing the ammunition separately.

This particular client had no need for a gun and decided to get rid of it, but sometimes, the situation is not so clear cut.

Home care clients, just like most adult Americans under the 2nd Amendment, have the right to bear arms within legally defined boundaries. But there are exceptions for people with compromised mental status. For example, most home care agencies will require that clients with dementia have all firearms removed from the home, regardless of how they are stored. The local Alzheimer’s association won’t send volunteers into homes where firearms are kept.

Years ago we had a client with dementia whose family had no idea she kept a gun in her closet. We all found out about the hidden gun the day the client threatened to shoot our caregiver with it. Truth be told, the client was bed bound and really couldn’t make it to the closet to get the gun without help, but the caregiver was terrified.

We ended up calling San Diego police and calmly explaining that our elderly client had a gun that needed to be removed, right away. Several squad cars showed up. The officers were extremely polite, and our client actually forcefully expressed her 2nd amendment right to have a gun. When I told the Lieutenant on scene that she was threatening to shoot people, he said, “Oh, I get it,” and took the gun away.

When we sign up new clients for service, our nurses ask about any “unsecured firearms” in the home. We’ll educate clients about proper storage and the various laws if need be. If a client has a history of violence, dementia or mental health issues, the RN will initiate a discussion about gun removal. Each case is evaluated based on its own issues and we work with families to find solutions that promote safety.

One of the easiest solutions, especially if the firearm is valuable or has sentimental value, is to have a responsible party, like an adult son or daughter, take the gun. It can also be kept in a bank lock box.

If a client has advanced dementia, and will be distressed by the conversation, we recommend the responsible party make the decision without involving the client, to spare them grief or stress. Confronting someone with diminished capacity or “convincing” them that removal is best often creates useless confrontation.

Getting rid of unwanted guns can be done pretty easily. People can call their local police department and ask about gun surrender programs. Most departments have some sort of “buy back” program once a year.

As a policy, we don’t allow our caregivers to handle guns, but we will facilitate removal by a trained professional or law enforcement if family is unable to help. Simply mention any concerns to the office or the nurse and we’ll be happy to help.